Mobile Applications have become an indispensable part of present day technology. In March 2017 about 2.8 million mobile applications were available on Google Play. The corresponding figure for Apple App Store was 2.2 million.

In spite of the Applications being used by various segments of people depending on the utility Mobile Applications sometimes fail to meet their utility.

Why do some applications fail?

It is very necessary that time and money are spent on the applications judiciously after considering all above points so as to create an application which has an impact on the users. 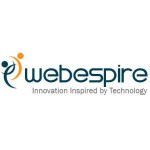